NEWS ALERT Welcome to our in-person services every Sunday at 11am. Masks are no longer mandatory. Thank you for joining us!! 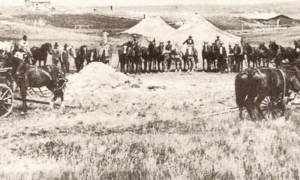 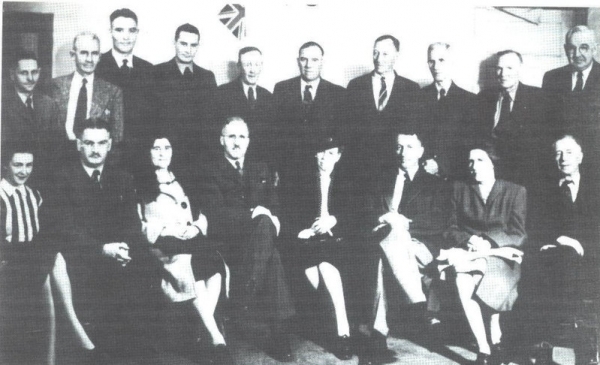 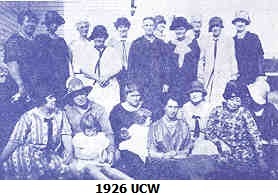 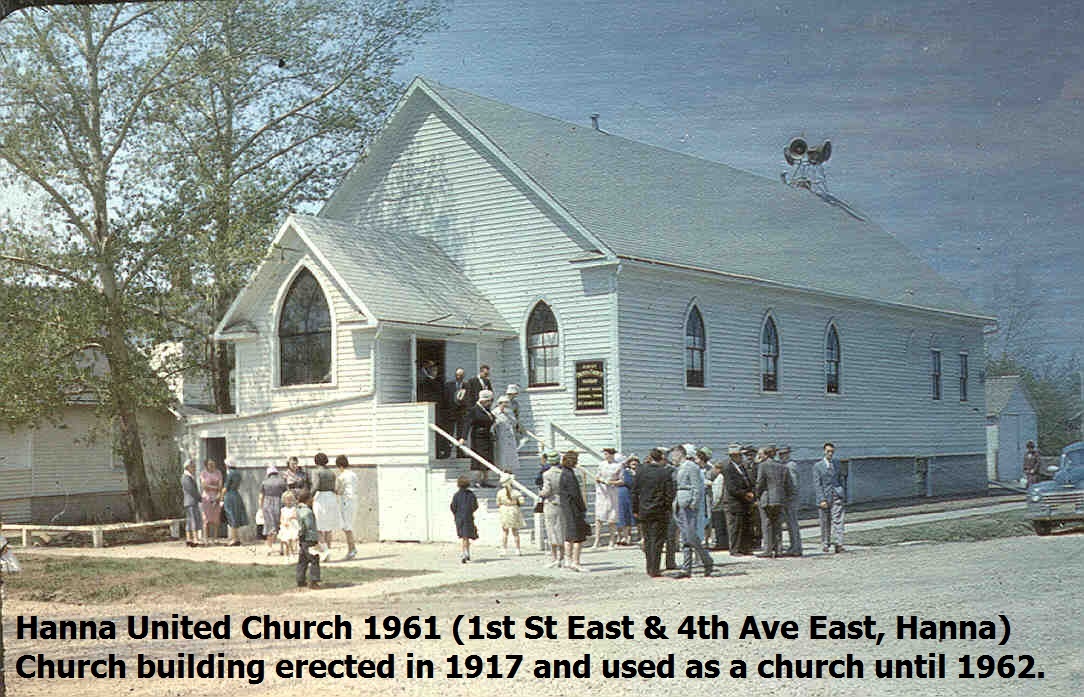 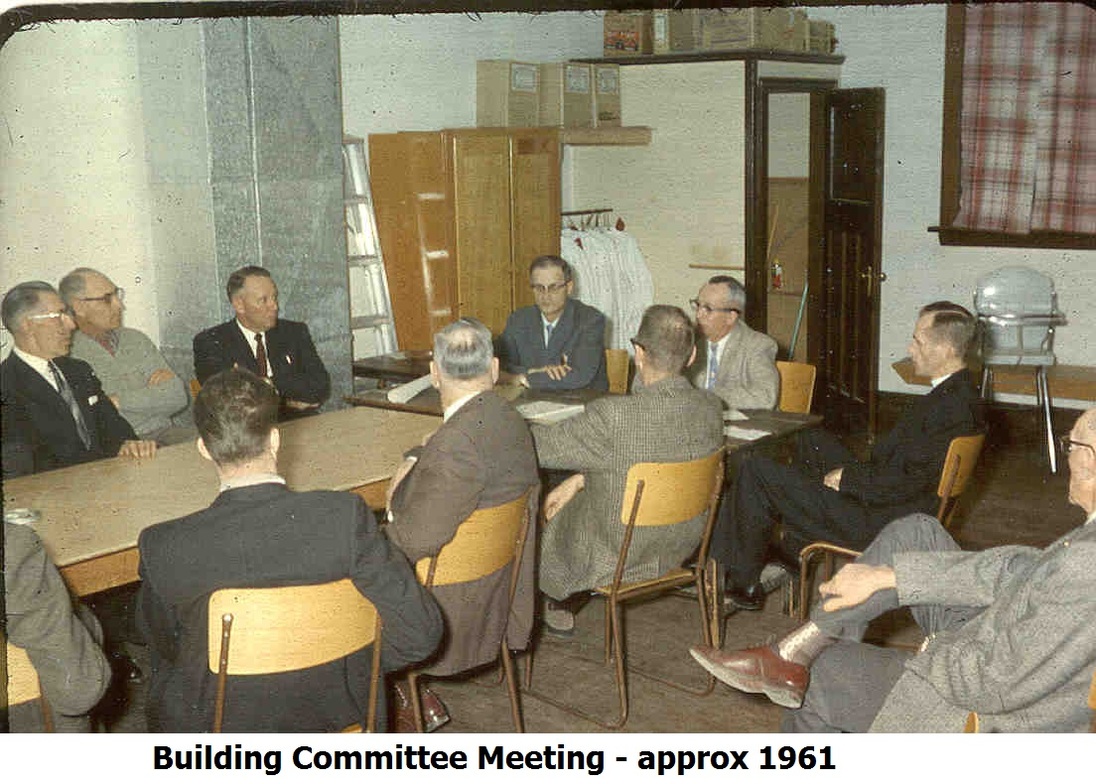 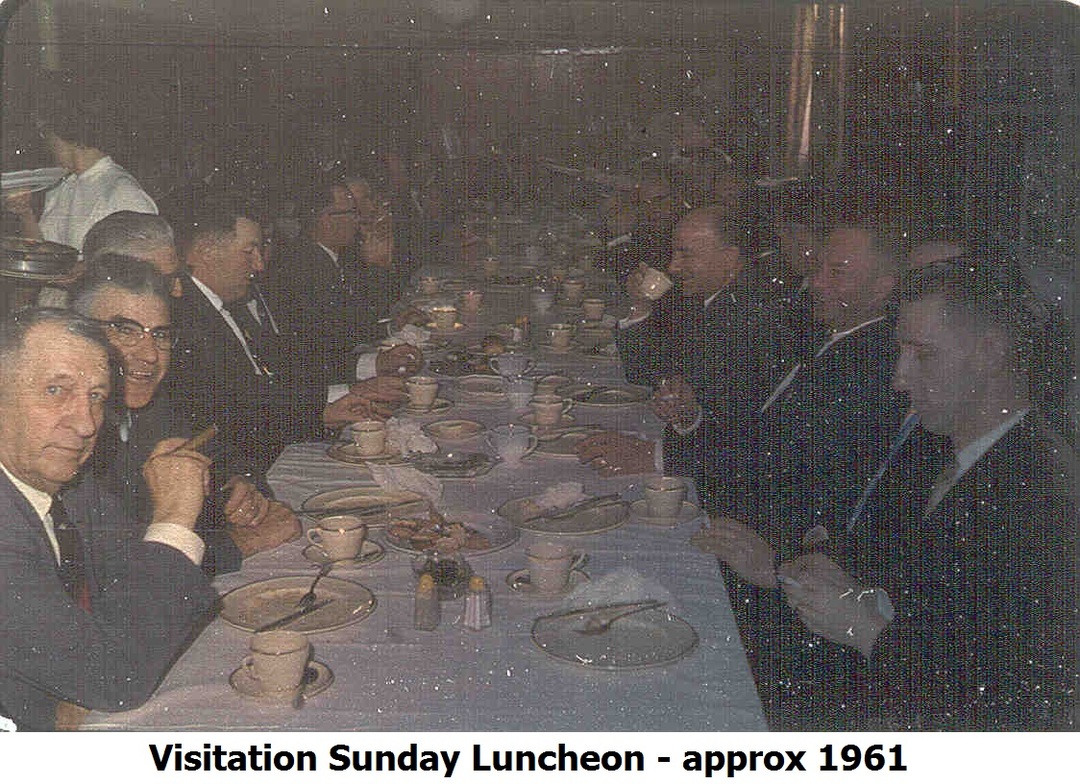 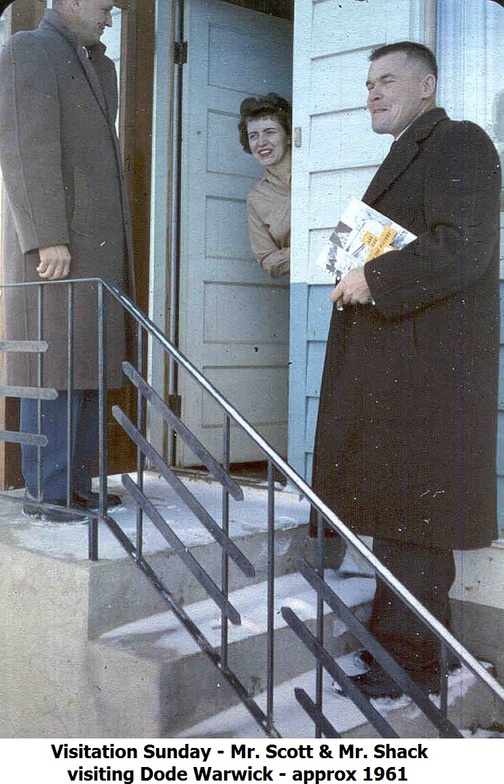 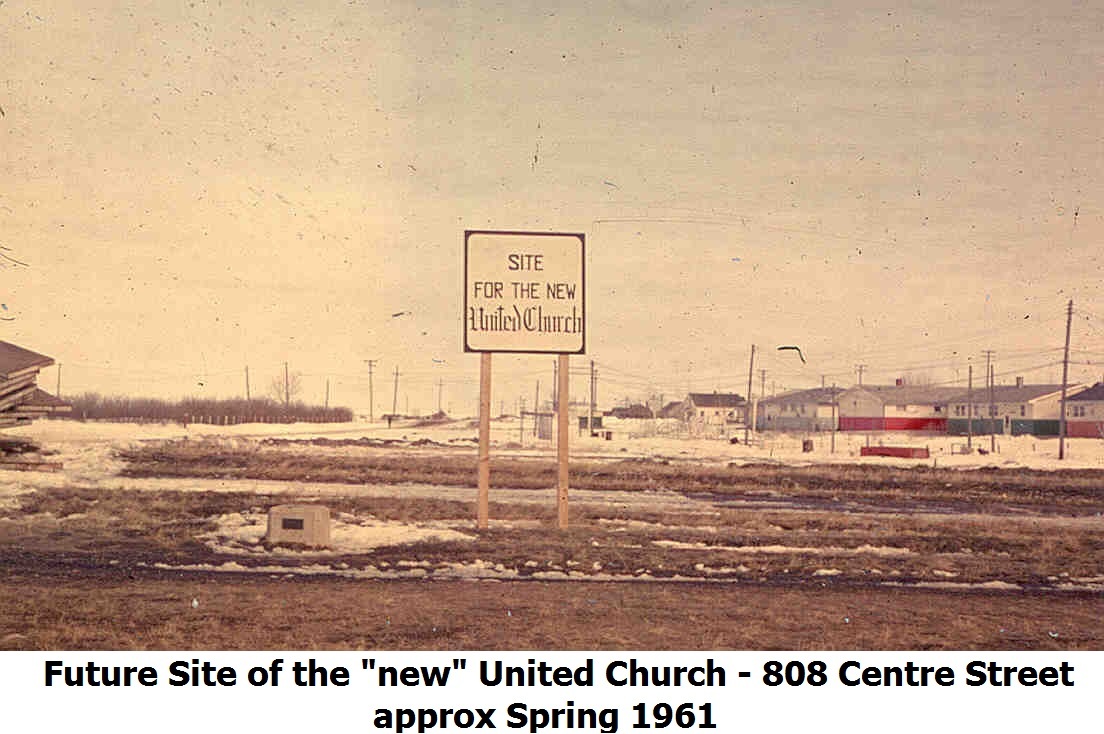 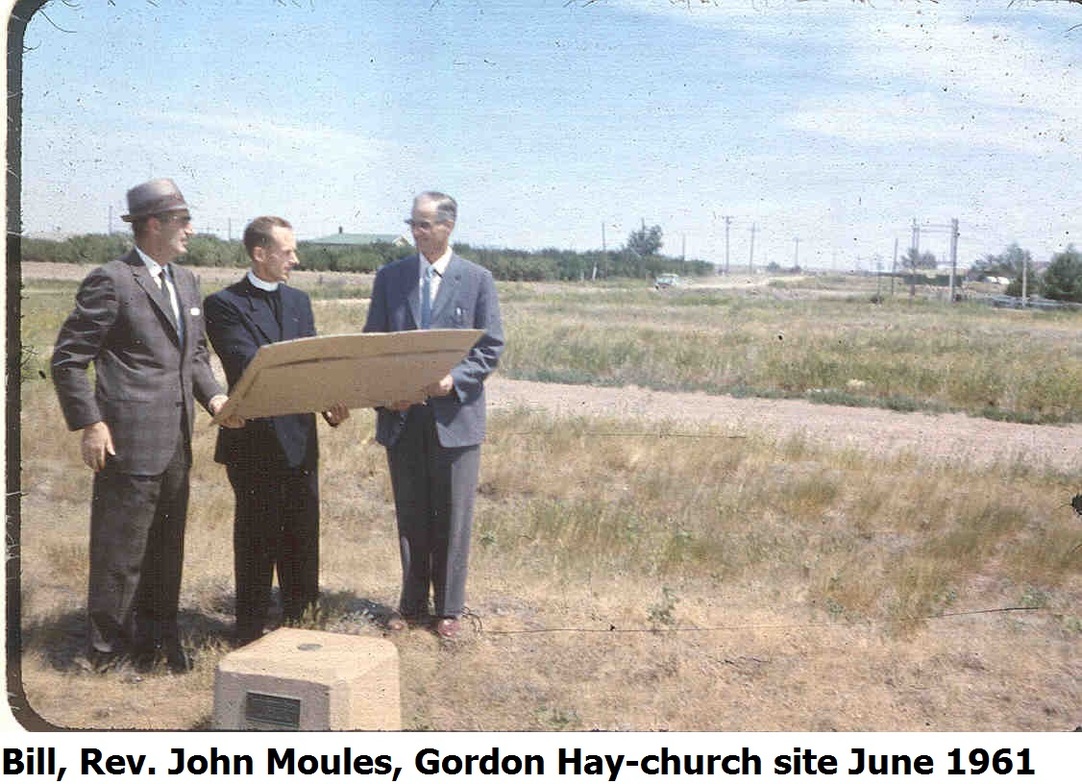 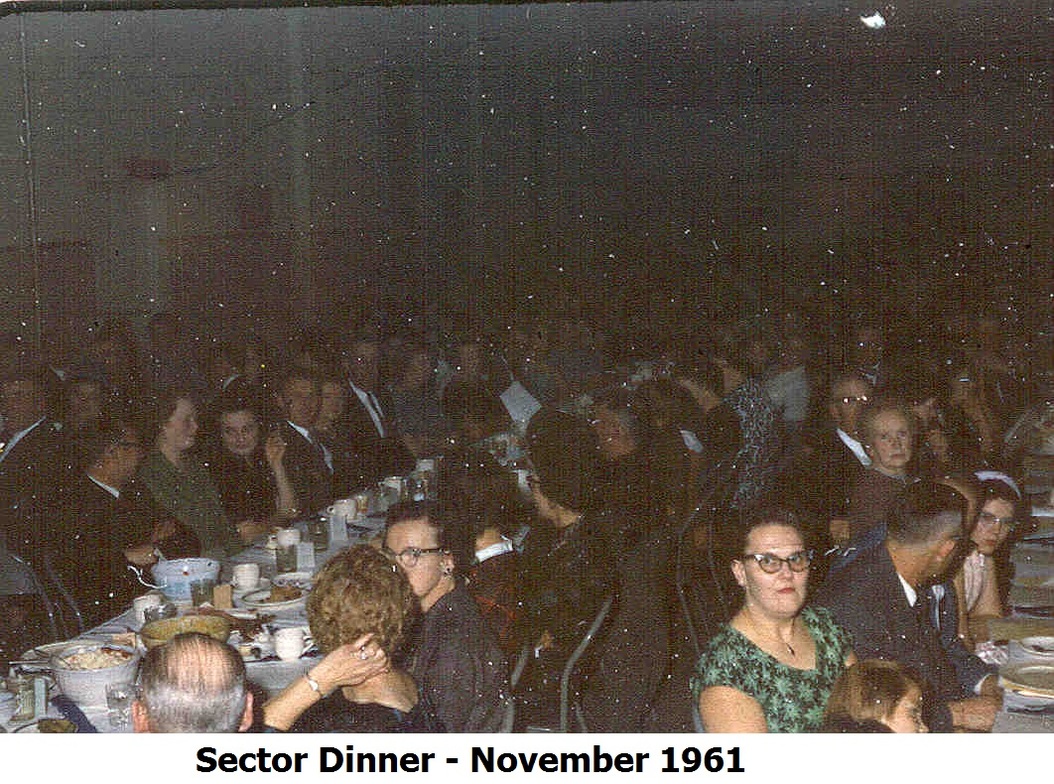 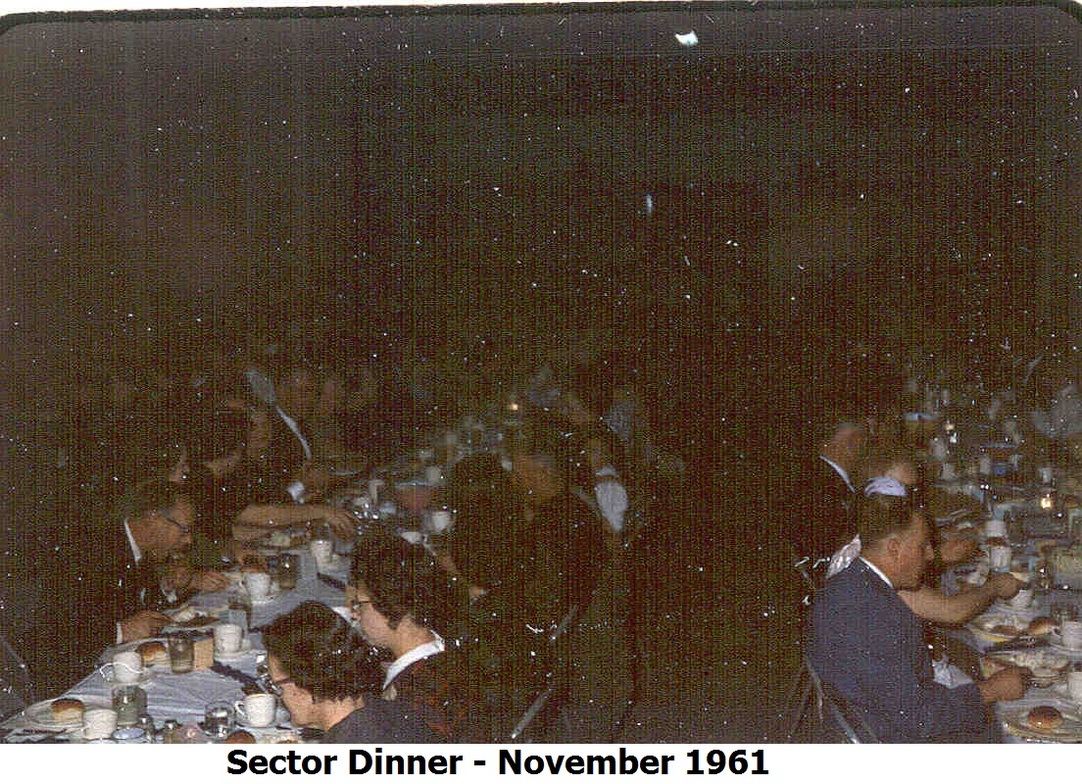 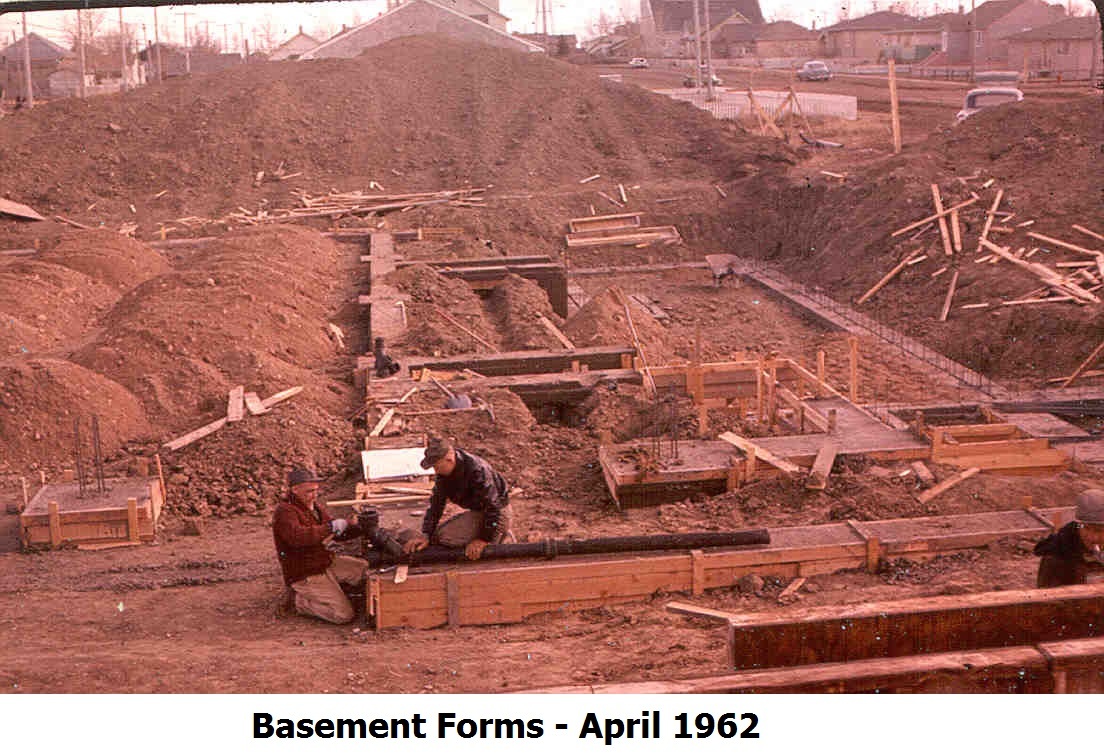 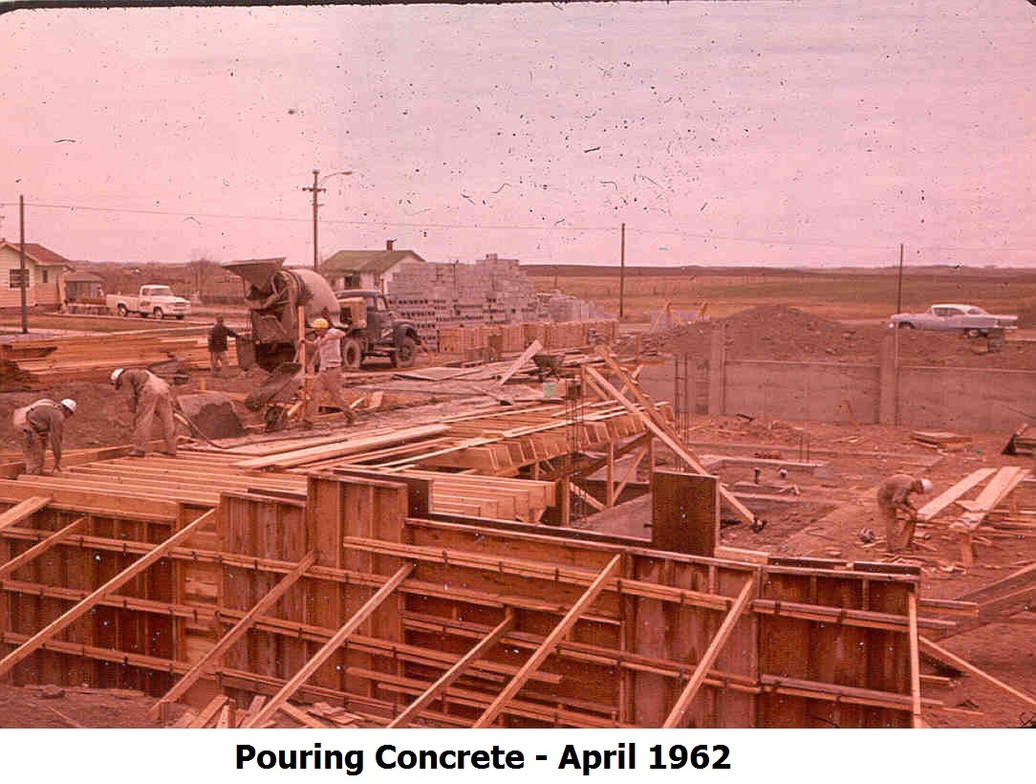 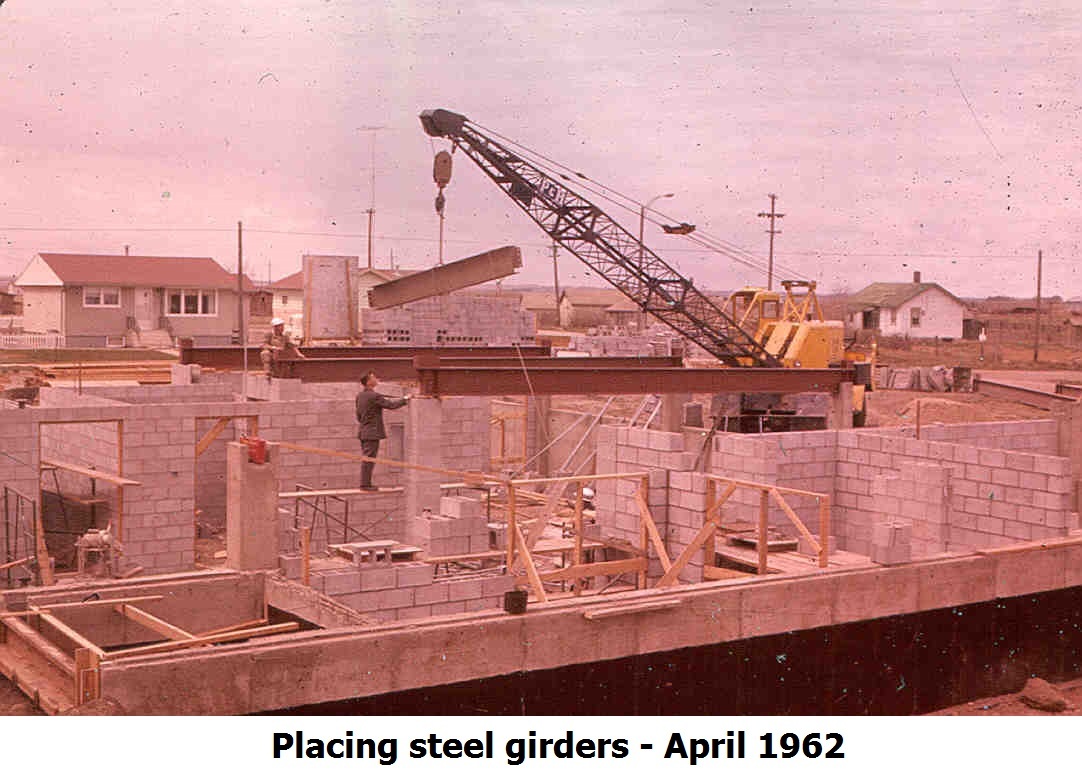 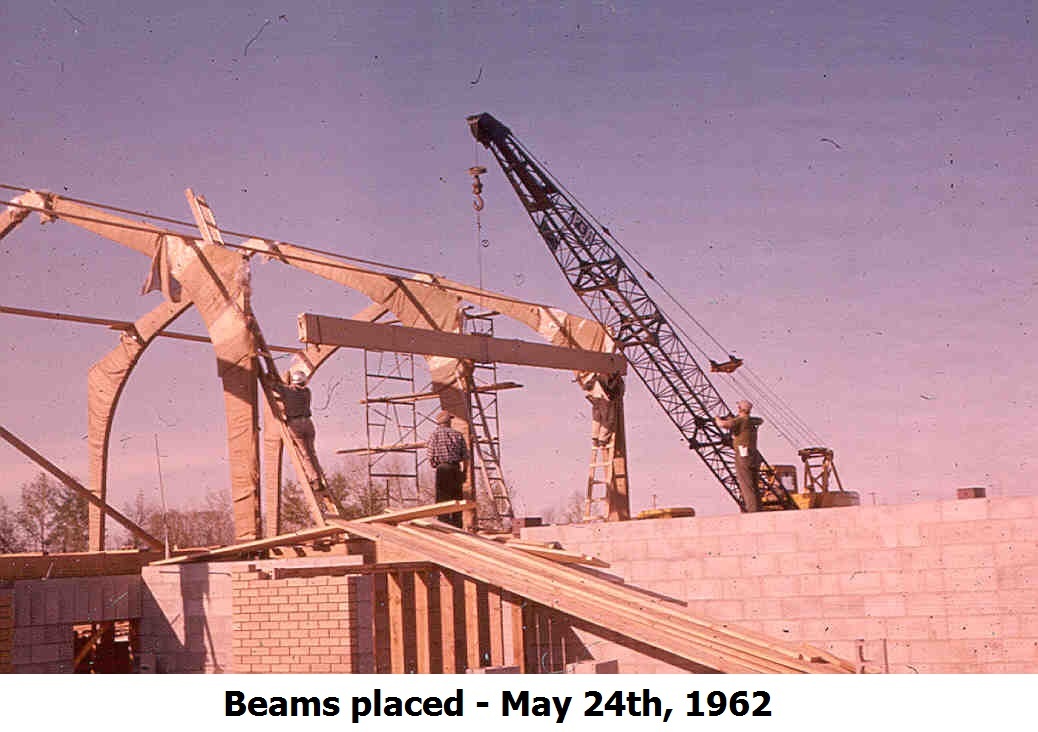 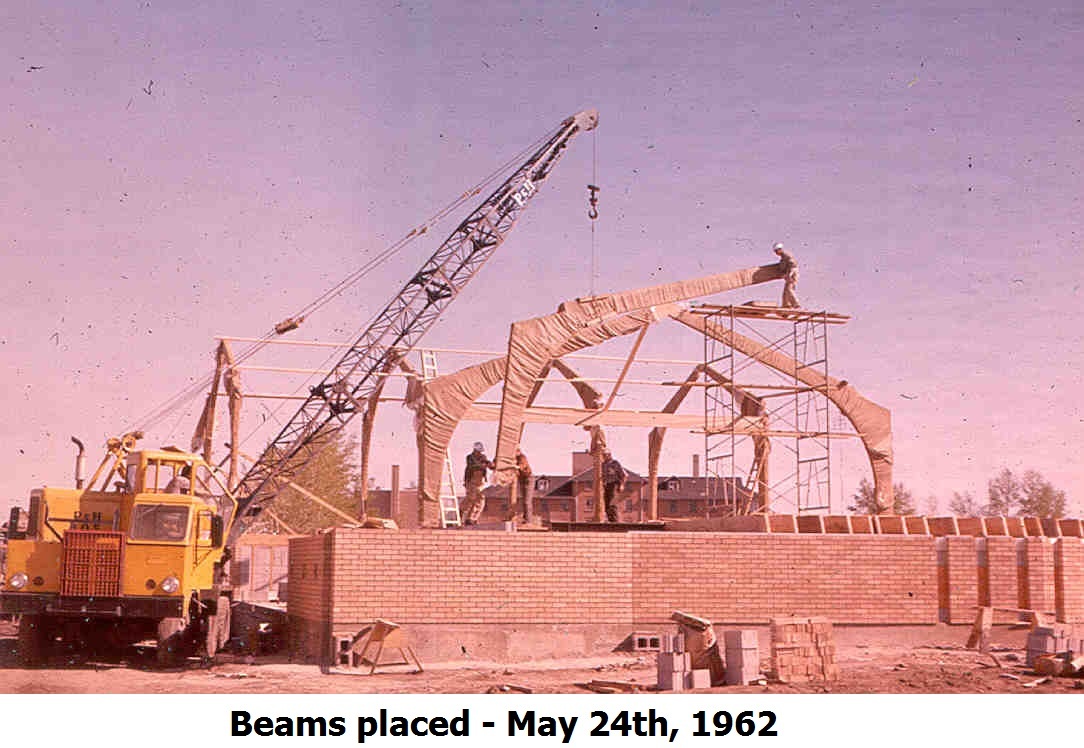 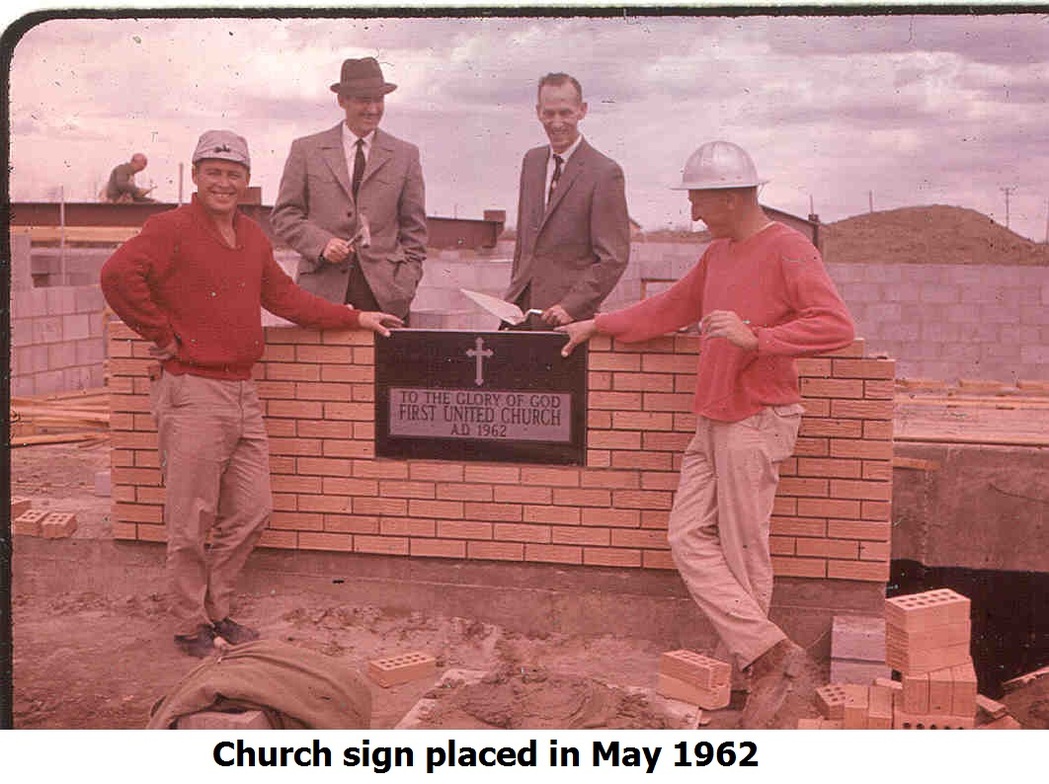 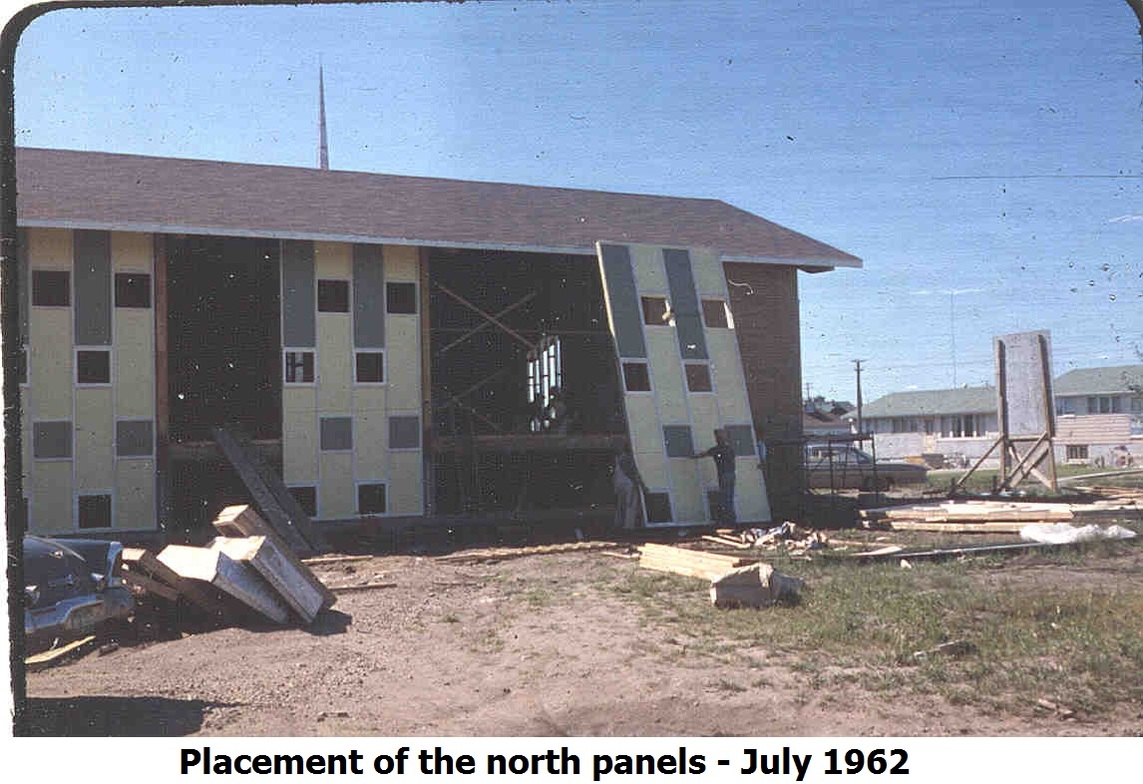 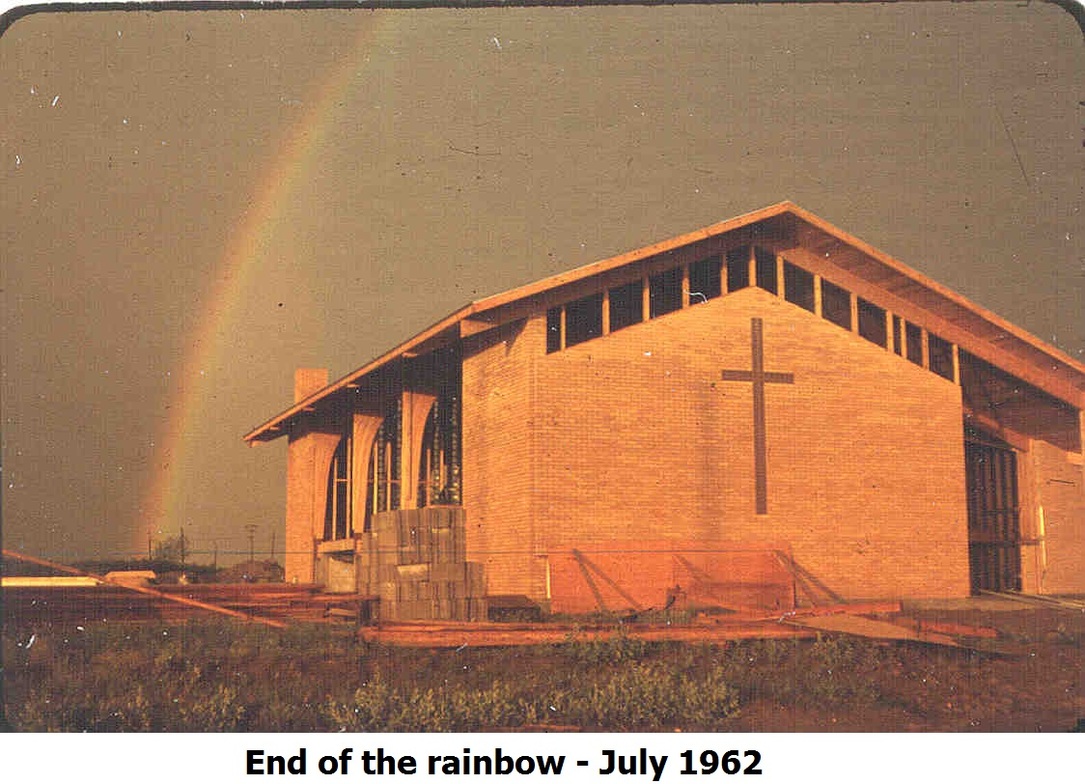 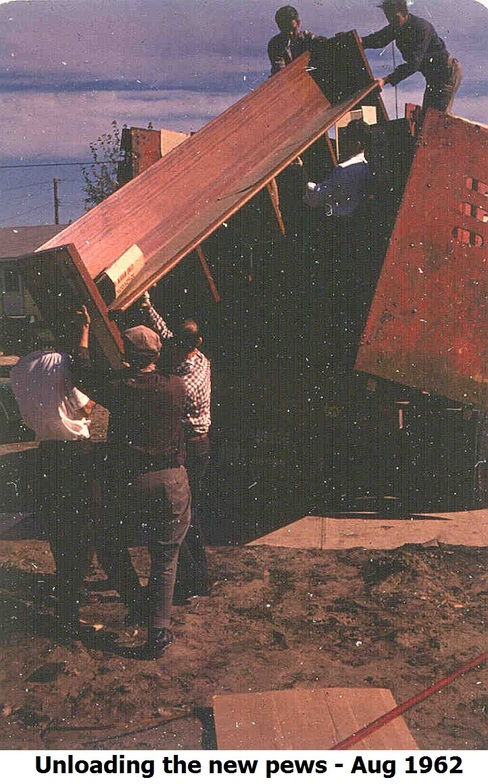 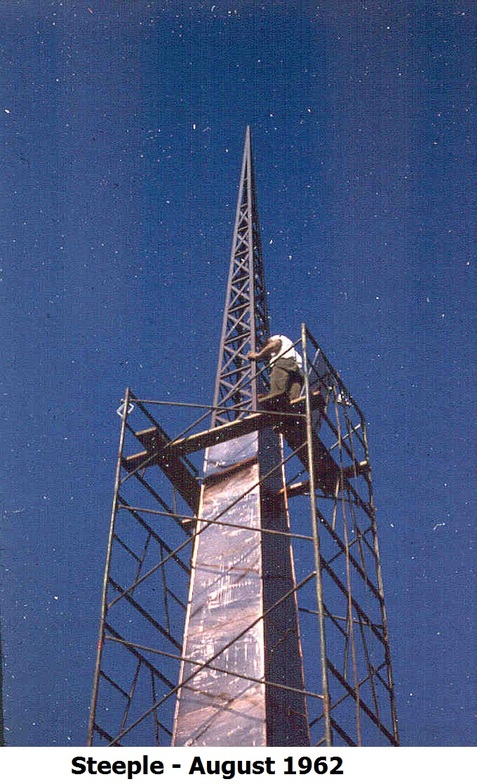 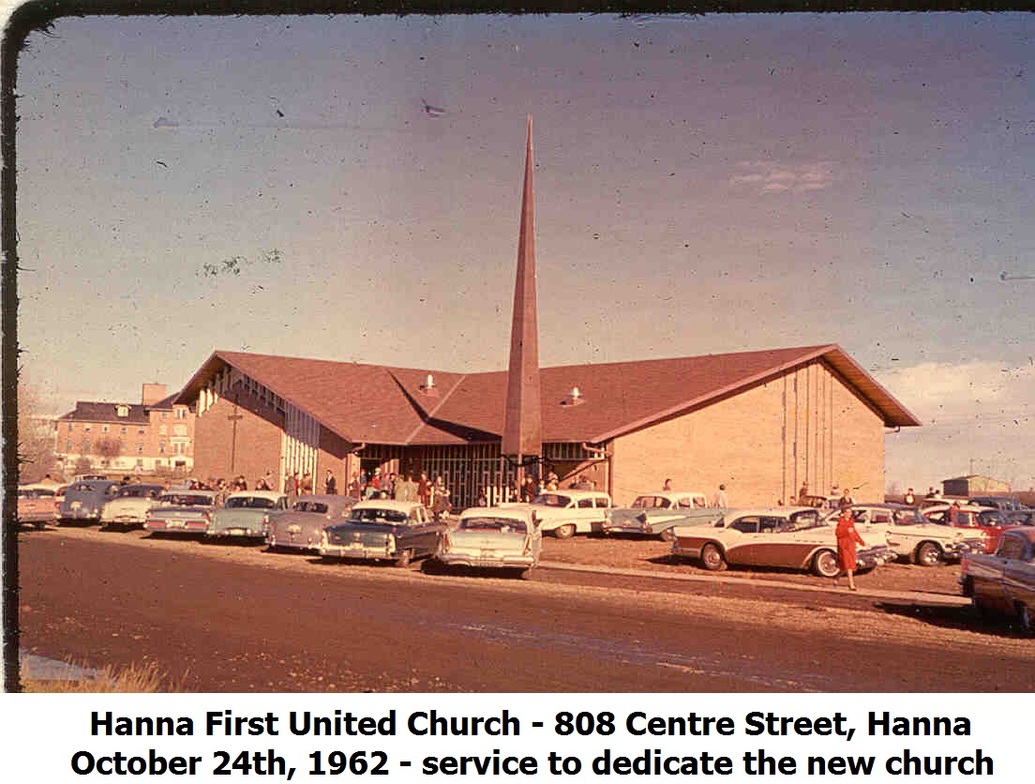 The history of Hanna First United Church is an inspiring one dating back to the spring of 1910, when a few courageous pioneers, filled with the Spirit of God, gathered to form a congregation in the home of Mr. Richard Hannah.  Let us look back for a moment in silent tribute and respect to the days of the pioneers of the Hanna area. It is a history of the faith of our forefathers in a new land, of people starting a new life in an untried and unproved area; of hard work, of hardship, of failure and of success. The courage, industry, and privation of the pioneers who first opened up this area are repeated hundreds of times in the West, as peoples from scores of countries, as peoples of many faiths and ideals built the Canadian West into the bread-basket of the world.

In Hanna, as well as elsewhere, through all their hardships and isolation the pioneers did not forget their Creator. As the area was being opened and the first heavy influx of settlers arrived, they banded together to build a church – to give thanks to God for His blessing in the new land.

The beginning of the Hanna Presbyterian Congregation dates back to the last Sabbath of May in the year 1910 when a few people in the sparsely settled district in and around the Copeville store, met in the home of Mr. Richard Hannah, one mile south-east of what later became the Town of Hanna. The first service was held by Mr. J.T. Warwick, a student appointed by the Home Mission Committee of the Copeville Mission Field.

The church services were held regularly at Mr. Hannah’s home until July 14th, 1912. At that time, the hamlet of Hanna was beginning to grow and services were changed to the larger centre (Hanna). The Hanna townsite was sold at Saskatoon, Saskatchewan, on August 7th, 1912, and before this date there were squatters moving in, and one of these (Charles F. Brown) had a partly completed pool room. It was in this unfurnished pool room that Mr. Warwick (the student missionary) held his first church service in Hanna on July 14th, 1912. Services were held for a few months in the pool room, and then transferred to the Hanna Public School Building.

The original meeting of the congregation of the Hanna Presbyterian Church was held on September 23rd, 1912.

The erection of a church in Hanna was uppermost in the minds of the adherents and at a meeting of the Congregation of the Presbyterian Church held in the Hanna Public School on November 12th, 1912, after the Sunday night’s service, the following business was transacted by the Congregation:

“Moved by Mr. W.C. Stirling, seconded by Mrs. F. Mathe, that the Board of Managers be instructed to make application to the proper Presbyterian authorities for a loan of $1,000 for the erection of a Presbyterian Church in Hanna. Carried.”

The Congregational Meeting on Friday, October 1st, 1915 was an important one, for it was the official organization of the church by Rev. Cruickshank of the Castor Presbytery.  The name approved by the congregation was “First Presbyterian Church.”

In November 1916 a congregational meeting was held to discuss the building of a new church. At this meeting, it was decided to erect a church on the property held by the congregation at the corner of 1st Street East and 4th Avenue East, Hanna.  The first service at this location was held in the new church on February 7th, 1917, and the church was formally dedicated by Rev. W. Shearer, Superintendent of Home Missions, on April 8th, 1917.

Girls’ work was organized in 1918, and for some years was actively carried forward. One of the largest C.G.I.T. (Canadian Girls in Training) camps were held at the Handhills Lake and entertained some 70 girls form Hanna, Craigmyle, Delia and surrounding areas.

At a church board meeting in January 1926, it was moved by J.G. Odell and seconded by Mr. J.A. Fischer that the Session place itself on record as being unanimously in favor of Organic Union of the Congregational, the Methodist and the Presbyterian Churches. Thus the First Presbyterian Church of Hanna then became the “First United Church”.

Ministers came and went, and the church was a busy hub of the community.

At a congregational meeting held on January 15th, 1961, a building committee was elected. It was through the efforts of these hard-working members that the needs of the congregation were surveyed, a building site selected (808 Centre Street, Hanna), plans for the church building drafted, a program of financing was initiated, and the supervision of the actual construction was maintained. The new church dedication service was held on October 24th, 1962.  This building is the current location of Hanna First United Church.

There have been prosperous times, and there have been difficult times in the history of the church, but through it all we can feel the awareness of the leading of the Spirit of God.

May God continue to lead and guide our congregation in His own way so that the years of history still to be written may be worthy of His name and may bring great advancement for His Kingdom in Hanna and beyond.